The Josh Allen era in Buffalo is officially underway. The rookie quarterback will get the nod under center for the Bills in Week 2 according to Chris Mortensen of ESPN (Twitter link). 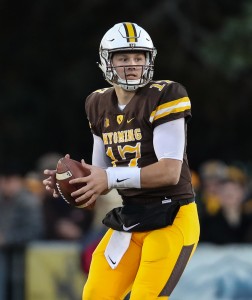 Allen will replace Nathan Peterman in the starting lineup. Peterman earned the job due to a strong preseason, but fell flat on his face in Week 1 against the Ravens, mustering only 24 yards on 18 attempts. Allen came into the game in the third quarter and while he wasn’t great, he was clearly better than Peterman.

It’ll be a tough test for Allen’s first career start, as he’ll be facing a Chargers defense that has a ton of talent. Luckily for him, it appears that Joey Bosa is unlikely to play. Since the Bills faced a brutal slate of defenses to open the year, it was assumed by many that the plan was for Allen to sit the first few weeks, but they apparently felt they couldn’t wait any longer.

In what’s almost certain to be a rebuilding year for the Bills, this move makes sense. They can give Allen as much time as he needs to develops and ride the ups and downs with the rookie. The fanbase likely would’ve grown antsy and impatient quickly with Peterman’s struggles, so it’s natural they’d make the move ahead of the home opener.

15 comments on “Josh Allen To Start Week 2 For Bills”