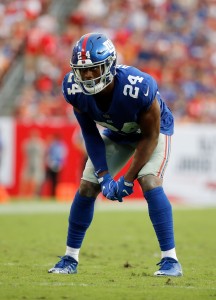 The third-year cornerback was inconsistent in his first two NFL seasons, but has been playing a bit better in 2018. In his five games (all starts), Apple has five pass deflections, one forced fumble, and 22 total tackles. On the flipside, the numbers at Pro Football Focus indicate that his performance has been roughly comparable to last year. Apple is ranked as PFF’s No. 55 cornerback through seven weeks.

Many expected the Saints to explore a trade for Patrick Peterson, but that would have required a much greater expenditure of draft capital. The Saints don’t have much to offer in that regard anyway after sacrificing their 2019 first-round pick in the Marcus Davenport deal and their 2019 third-rounder in the Teddy Bridgewater trade.

In Apple, the Saints get a former No. 10 overall pick who could be a contributor with the right direction. The Giants, meanwhile, get to unload an unwanted salary over the next two years while adding assets to fuel their rebuild. With that in mind, the Giants probably aren’t done dealing and could make more moves between now and the Mischief Night deadline.