To make room for the addition of wide receiver Nick Williams, the Rams cut kicker Cairo Santos. This likely signals Greg Zuerlein will be ready to return this week. 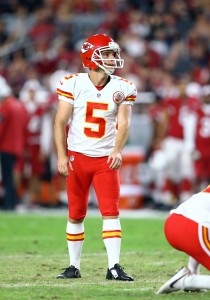 Santos served as Los Angeles’ kicker for the past two games, making 5 of 6 field goal attempts and 5 of 6 extra points. While it’s possible the Rams could seek another replacement kicker, in the event Zuerlein still isn’t ready to come back, Sean McVay‘s hinted at his top kicker being on the cusp of a return from his groin injury for multiple weeks now.

Santos played three seasons with the Chiefs, but a groin injury he sustained during warmups before a game in Los Angeles last season sidetracked his career. The Chiefs soon added current kicker Harrison Butker, and Santos — who did kick in two games for the Bears last season as well — has not been able to land a full-time gig since.

The Brazilian specialist took over Zuerlein-fill-in duties from Sam Ficken, whom the Rams cut earlier this season. Zuerlein has now missed five of the Rams’ six games since suffering an injury that kept him out of Week 2.