Seahawks Franchise Expected To Be Sold

The “sense” at the NFL’s ongoing league meetings is that the Seahawks franchise will be eventually be sold following owner Paul Allen‘s death, according to Mike Garafolo of NFL.com (Twitter link). 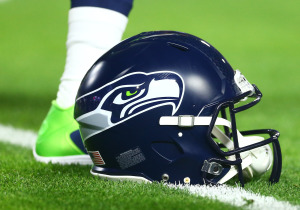 Allen, who passed away Monday due to non-Hodgkin’s lymphoma, purchased the Seahawks in 1996. Allen never married and has no children, so there’s no clear heir to helm the club. As Mike Florio of Pro Football Talk notes, the Seahawks could be turned over to Allen’s sister Jody, but it’s not apparent she has any interest in running an NFL team.

As such, the team is likely to be sold at some point, although the organization is expected to remain in Seattle, tweets Jenny Vrentas of TheMMQB.com. Cowboys owner Jerry Jones, who holds a significant amount of sway in league matters, told Garafolo that he “can’t imagine the Seahawks not being in Seattle.”

Per Forbes, the Seahawks are currently valued at $2.5 billion, with yearly revenue of $413MM and an operating income of $71MM. Those are obviously unofficial figures, but the price of NFL teams has only risen in recent years. The Bills, sold in 2014, went for roughly $1.1 billion, while the Panthers, who were purchased by David Tepper earlier this year, sold for at least $2.2 billion.

No matter who owns the team, the Seahawks don’t need to worry about their head coach. Asked if he wanted to stay in Seattle following Allen’s death, Pete Carroll responded “absolutely,” according to Florio. Carroll is currently under contract through the 2019 season under the terms of a 2016 extension that is believed to have made Carroll one of the NFL’s highest-paid coaches.

18 comments on “Seahawks Franchise Expected To Be Sold”