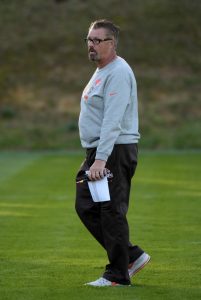 The Jets have denied pushing certain assistants on candidates Matt Rhule and Mike McCarthy. Whether you choose to believe the Jets on that front is up to you, but it appears that they had a heavy hand in marrying new head coach Adam Gase and Williams.

Williams was widely mocked during the year for his assertion that several teams wanted him as a head coach. He may have been pumping himself up a bit, but things improved on both sides of the ball during his eight-game run as the Browns’ interim coach in 2018. Ultimately, the Browns chose interim offensive coordinator Freddie Kitchens as the man to run things going forward, but Williams managed to boost his stock a bit in the latter half of the year.

With the Jets, Williams inherits an iffy defense, but one that has potential in the secondary and a solid defensive lineman in Leonard Williams. The Jets have no real pass rush to speak of, but they hope to change that with upwards of $100MM in cap room.

12 comments on “Jets To Hire Gregg Williams As DC”