The Bengals and new head coach Zac Taylor have “kicked the tires” on hiring Saints linebackers coach Mike Nolan as defensive coordinator, according to Albert Breer of TheMMQB.com. 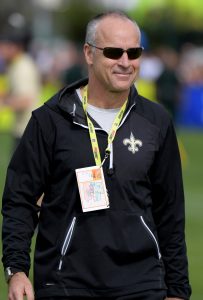 Cincinnati previously expressed interest in hiring Nolan’s boss, Saints defensive coordinator Dennis Allen, but New Orleans quickly locked up the latter to a new three-year contract. As indicated in PFR’s Coordinator Tracker, the Bengals also spoke with former Raiders coach Jack Del Rio (but decided the fit was not correct) and have been linked to ex-NFL head coach John Fox.

All three of those coaches offer prior head coaching experience, and Nolan would as well. In addition to working as a defensive coordinator for seven NFL clubs, Nolan also served as the 49ers’ head coach from 2005-08. Taylor, a first-time head coach at the age of 35, may feel the need to bring in a seasoned coach on the defensive side of the ball, perhaps emulating the setup employed by his former Rams club. When Los Angeles head coach Sean McVay was first hired at age-31, one of his first moves was to add veteran DC Wade Phillips to his staff.

Nolan, for his part, has historically preferred to run 3-4 schemes (although he’s worked in a 4-3 defense for the past two years in New Orleans). The Bengals used a 4-3 look for the duration of Marvin Lewis‘ time with the club, and there’s been no indication Cincinnati will move in a 3-4 direction. Given the prevalence of nickel and dime packages, the different fronts mean less than they once did.

The Bengals’ defense was a train wreck in 2018: the unit allowed 6,618 yards, the most yardage given up by a defense since the 2015 Giants. Lewis fired defensive coordinator Teryl Austin at midseason and took on defensive play-calling duties, but Cincinnati’s defense arguably declined following Austin’s dismissal. The Bengals finished 27th in defensive DVOA, Football Outsiders‘ efficiency metric, but ranked 31st in weighted DVOA, which puts greater emphasis on more recent games.

One comment on “Bengals Considering Mike Nolan For DC?”