Antonio Brown is on the trade block, but the Steelers won’t just give him away. When speaking with reporters on Wednesday, GM Kevin Colbert made it known that the Steelers will only consider offers with significant draft capital in return. 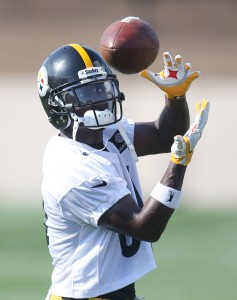 “By no means are we going to make a trade or any type of move that will not be beneficial to Pittsburgh Steelers organization,” Colbert said (Twitter link via Jeremy Fowler of ESPN.com).

That same message has also been relayed directly to Brown and his camp, Aditi Kinkhabwala of NFL.com tweets. Brown, she hears, has been advised to stop airing his grievances in public and to stop hurting his trade value. Ultimately, if the Steelers cannot trade Brown, they say they’ll keep him under contract and aim to mend fences.

“We will not be discounting you on the trade market and we certainly will not be releasing you,” Colbert said of his message to Brown. “All of that being said, we will take a positive approach and if someone has a sincere interest and want to make a move – either a significant pick, set of picks, significant player, and picks, and we think it will benefit the Pittsburgh Steelers in the long run, then we are all in. If not, then we will make that decision at that point.”