Maurice Alexander is trading the rain for the snow. On Friday, the former Seahawks safety inked a free agent deal with the Bills. It’s a one-year pact worth $1.375MM, according to ESPN.com’s Mike Rodak (Twitter link). 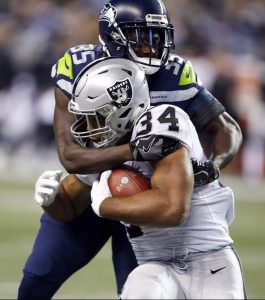 Interestingly, the Bills’ press release on Alexander lists him as a linebacker as opposed to a safety. That could be an indication that Alexander is slotted to be the backup weakside linebacker behind Matt Milano, if he is able to edge Corey Thompson for a roster spot. Ultimately, Alexander’s primary role may come on special teams, but time will tell.

Alexander, 28, started at strong safety and free safety for the Rams in 2016 and ’17. His best season came at strong safety in ’16 when he registered 50 tackles, four pass breakups, two interceptions, and a sack.