Josh Sitton expected the Dolphins to make him part of their roster cuts, as they venture in a rebuilding direction. That happened Wednesday afternoon. 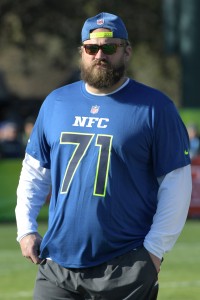 Minutes after the 2019 league year began, the Dolphins parted ways with Sitton. The former Pro Bowl guard was limited to one game in Miami, with an injury shelving him after Week 1.

A longtime Packer-turned-two-year Bear, Sitton has played 11 NFL seasons. Should he opt to continue his career and land elsewhere, he will be entering his age-33 campaign. Sitton made Pro Bowls with both Green Bay and Chicago, his most recent coming in 2016. The Bears declined his 2018 option last year.

Sitton tore a rotator cuff, cutting short his Dolphins tenure. While he has been one of this decade’s better guards, Sitton will almost certainly have to accept a one-year deal — and at a lower rate than the two-year, $13.5MM pact he signed with the Dolphins — if he is to play in 2019.

The Dolphins have now cut ties with two of their guards, with Ted Larsen being the other departure, and saw their efforts to keep right tackle Ja’Wuan James end with the Broncos making James the NFL’s highest-paid right tackle. Brian Flores’ team will have a new-look line next season.