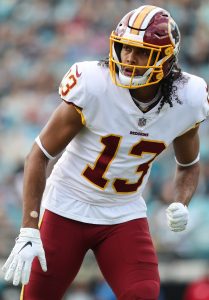 Harris had 28 catches for 304 yards last season, but the Redskins opted against tendering him as a restricted free agent. The Patriots, in need of wide receiver help, have moved to add two solid options in one day. Of course, they aimed higher earlier in the week, but pursuits of Golden Tate, Cole Beasley, and Adam Humphries came up short.

Currently, the Patriots’ wide receiver depth chart is topped by Julian Edelman, Ellington, and Harris. With the draft and the second wave of free agency still ahead, you can expect that to change.