Ravens To Meet With Dwayne Allen

Dwayne Allen‘s free agent tour is underway. On Tuesday, the tight end will meet with the Ravens, a source tells Adam Schefter of ESPN.com (on Twitter). 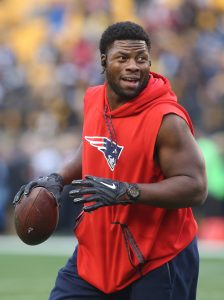 The Ravens looking for blocking tight ends with both Nick Boyle and Maxx Williams scheduled for free agency, so Allen could be a fit. Utilized as more of an offensive weapon in his early days with the Colts, Allen settled into a more blocking-forward role with the Patriots in the last two seasons. Allen could also provide veteran counsel to tight ends Hayden Hurst and Mark Andrews, both of whom were selected in last year’s draft.