A market is already starting to take shape for Dwayne Allen. The Ravens, Bills, Dolphins, and Lions all have interest in meeting with the tight end, according to Josina Anderson of ESPN.com (on Twitter). 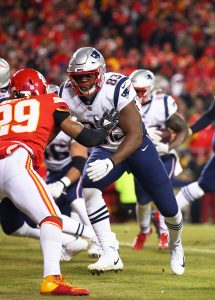 Over the weekend, the Patriots parted ways with the 29-year-old, making him immediately available. The Patriots are open to bringing him back at a cheaper rate, but they might not get that opportunity given the early interest he is receiving.

Allen was set to enter the final year of his contract in 2019 with a base salary of $6.4MM. By cutting him, the Pats saved about $7.3MM in cap room, boosting their total cap space to roughly $25MM.

Allen spent the first six seasons of his career with the Colts before being dealt to the Patriots in 2017. After having compiled at least 350 receiving yards in three of his five healthy seasons, the 2012 third-rounder didn’t play as much of a role in the offense in New England.

In 29 games (16 starts), Allen only hauled in 13 receptions for 113 yards and one score. Allen also appeared in each of the Patriots’ six playoff games during that span, but he didn’t record a reception in those contests. While Allen has earned some recent praise for his blocking prowess, Pro Football Focus ranked him just 65th among 70 eligible tight ends in 2018.