The Patriots are moving on from Dwayne Allen. ESPN’s Adam Schefter reports (via Twitter) that the organization has informed the veteran tight end that they’ll be releasing him. 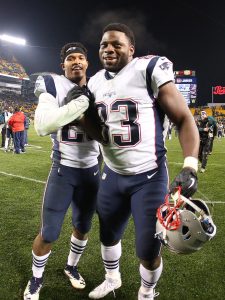 Schefter notes that the team would be open to bringing Allen back for less money. The tight end was entering the final year of his contract in 2019 and was set to earn a $6.4MM base salary. The team will free up about $7.3MM in cap with the move, boosting their cap space total to around $25MM.

The 2012 third-round pick spent the first six seasons of his career with the Colts before being dealt to the Patriots in 2017. After having compiled at least 350 receiving yards in three of his five healthy seasons, Allen didn’t play as much of a role in the offense during his two seasons in New England.

In 29 games (16 starts), Allen only hauled in 13 receptions for 113 yards and one score. Allen also appeared in each of the Patriots’ six playoff games during that span, but he didn’t record a reception. While Allen has earned some recent praise for his blocking prowess, Pro Football Focus still ranked him 65th among 70 eligible tight ends in 2018.

Considering the uncertainty surrounding Rob Gronkowski, the Patriots could be seeking some reinforcement at tight end this offseason. The team is rostering some intriguing options in Stephen Anderson, Jacob Hollister, and Ryan Izzo, but none of the trio have the same amount of experience as Allen or Gronk.