The Steelers may be nearing a massive extension for quarterback Ben Roethlisberger, and as Mark Kaboly of The Athletic writes, a re-up for cornerback Joe Haden may not be too far behind. 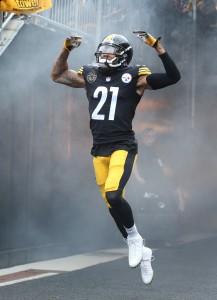 In a piece that explores whether the Steelers should spend their first-round pick on a cornerback, Kaboly says that an extension for Haden is “looming.” After a long run with the division-rival Browns, Haden is entering the last year of the three-year pact he inked with Pittsburgh in August 2017. He is owed $10MM for the 2019 campaign, and although he is now 30, his two-year stint in Pittsburgh has gone about as well as could be expected. And, given Pittsburgh’s struggles in acquiring/drafting quality cornerbacks, it makes sense that the club would want to extend its relationship with Haden.

Haden has started every game that he has played in with the Steelers, and he has reestablished himself as a shutdown cover corner despite drawing the No. 1 WR on opposing offenses. This year, he will be joined by former Chiefs CB Steven Nelson, who signed a lucrative free agent deal with Pittsburgh in March.

The team is still high on youngsters like Mike Hilton and Cam Sutton, but keeping Haden on board for at least the next couple of seasons may be one of the Steelers’ priorities over the coming months.