The 49ers are set to sign tight end Levine Toilolo, according to Ian Rapoport of NFL.com (on Twitter). The deal is pending a physical, but should become official before the end of the business day on Wednesday. 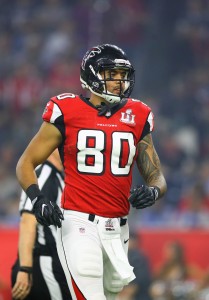 Toilolo, 28 in July, spent the first five years of his career with the Falcons. Toilolo is mostly known for his blocking ability, but he did manage 31 catches for 238 yards in 2014 with Atlanta. He also stretched the field a bit with a 20.3 yards-per-catch average in 2016 on a limited sample of receptions. Last year, with the Lions, he had 21 catches for 263 yards.

Last year, the advanced metrics at Pro Football Focus gave Toilolo an 87.0 score for pass blocking, the best of any qualified tight end in the NFL. With the Niners, the veteran will battle with sixth-round pick (and fellow Stanford product) Kaden Smith for playing time behind George Kittle. Garrett Celek, Ross Dwelley, and undrafted rookie Tyree Mayfield are also in the mix.