The Dolphins have placed wide receiver Ricardo Louis on injured reserve due to a knee injury. Louis is not eligible to return and will not play in 2019. 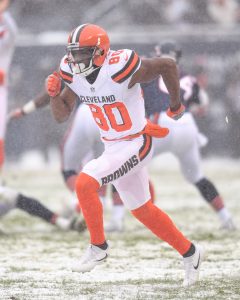 The former fourth-round pick missed the entire 2018 campaign with a neck injury, so the latest setback is especially frustrating for the 25-year-old. The Dolphins signed Louis as a free agent in April, but he didn’t get to do much for his new team.

Originally, the plan was for Louis to compete for Ryan Fitzpatrick‘s targets with DeVante Parker, Kenny Stills, Albert Wilson, Brice Butler, and others. Now, the Dolphins may look to add another veteran wide receiver to the competition.