Its been a rough offseason for Michael Roberts. On Wednesday, the Packers waived the tight end due to a failed physical, according to Field Yates of ESPN.com (on Twitter). 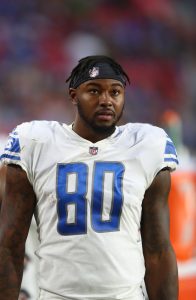 The Lions traded Roberts to the Patriots earlier this month for a conditional seventh-round pick. However, the deal was quickly nixed when he failed the Pats’ physical. Roberts reverted to the Lions’ roster, but the team immediately waived him.

The Packers, wanting to see what the 2017 fourth-round pick could offer, picked Roberts up. But, after failing his second physical in the span of a week, Roberts may have to take some time off before landing his next NFL opportunity. The exact reason for Roberts’ failed physical is not yet known, but it’s likely tied to the shoulder injury that sidelined him midway through 2018.