Could the upcoming deadline spur action for the Falcons and Grady Jarrett? A new deal for the defensive tackle was said to be unlikely, but there’s now some hope that a long-term deal can get done before 4pm ET/3pm CT, Adam Schefter of ESPN.com (Twitter link) hears. 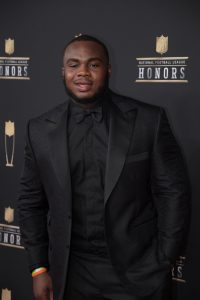 Jarrett has been vocal about his desire for a new deal. He abstained from much of the Falcons’ offseason activities, though he reported for the Falcons’ mandatory minicamp in June along with receiver Julio Jones.

If Jarrett does not secure an extension on Monday, the Falcons will not be able to sign him to a long-term contract until the season is over. After that, they will have the option to employ the franchise tag for the second straight year, though it would come with a 20% increase and the risk of irritating one of their defensive stars.

If Jarrett stays on the $15.2MM tag, he’ll carry the third-highest cap hit in 2019 among defensive tackles, putting him behind only Aaron Donald ($17.1MM) and Kawann Short ($17MM).

One comment on “Hope For Falcons, Grady Jarrett Extension?”