The Bears have waived kicker Elliott Fry, the team announced. That leaves Eddy Pineiro as the only kicker on the roster at the moment. 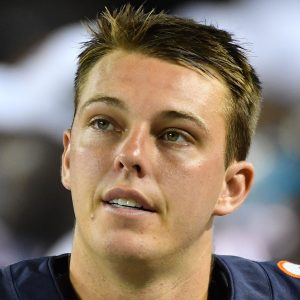 However, Brad Biggs of the Chicago Tribune cautions that the decision to waive Fry, an AAF alumnus whom the the Bears signed in April, does not mean that Pineiro has won the team’s much-discussed kicking competition (Twitter link). Indeed, Biggs suggests that a to-be-released player from another organization is likely to open the season as the Bears’ kicker, and Ian Rapoport of NFL.com confirms (via Twitter) that Chicago remains in the market for kicking help.

The Bears’ kicking game issues in 2018, which ended in heartbreak in the wildcard round of the NFC playoffs, led the team to cast a wide net for answers. Chicago acquired Pineiro in a trade with the Raiders in May, and the club also signed Chris Blewitt, John Baron II, and Redford Jones since their playoff loss to the Eagles. All candidates but Pineiro have been waived.

Fry missed his only FG attempt in the team’s preseason loss to the Giants on Friday. Adam Jahns of The Athletic notes that both Fry and Pineiro have struggled with accuracy and consistency in spring practices and training camp, though Pineiro clearly has the stronger leg (Twitter link).

The Bears were reportedly interested in Kaare Vedvik, but he was traded to the division-rival Vikings last week.