The Chiefs have agreed to sign free agent cornerback Morris Claiborne, according to Terez A. Paylor of Yahoo Sports (Twitter link). 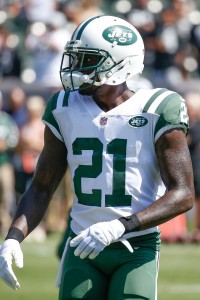 Claiborne will receive a one-year deal worth $1.5MM, per Ian Rapoport of NFL.com (Twitter link). The pact contains playtime incentives, tweets Tom Pelissero of NFL.com, and Paylor indicates (via Twitter) those incentives could be worth up $1.5MM. In total, Claiborne’s deal will have a maximum value around $3MM.

Kansas City is bringing in Claiborne with the knowledge that he’ll be unavailable for the first quarter of the regular season. Claiborne was hit with a four-game suspension earlier this month after violating the NFL’s substance abuse policy.

The Chiefs lost more than 1,900 cornerback snaps during the offseason via the departure of free agents Steven Nelson and Orlando Scandrick. When he returns from suspension, Clairborne should become an immediate starter alongside Kendall Fuller and Bashaud Breeland.

Despite his recent track record, Claiborne drew limited over the offseason, perhaps because teams were aware of his impending suspension. Claiborne met with the Cardinals in April, and worked out for the Vikings near the end of July.

Claiborne averaged $6MM annually on his two consecutive one-year pacts with the Jets, so he’ll be taking a step pay cut to join the Chiefs. PFR ranked Claiborne as the fourth-best available defensive free agent in mid-May, and three players listed above him — Ndamukong Suh, Tre Boston, and Shane Ray — have all since found new homes.