Another Patriots tight end will not be available to start the season. Lance Kendricks drew a one-game suspension for a violation of the NFL’s substance-abuse policy, Adam Schefter of ESPN.com tweets. 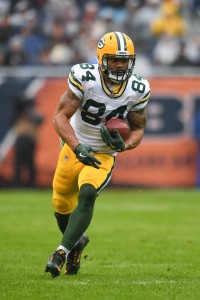 Kendricks will join Ben Watson in being shelved for Week 1. The latter will be out four games with a suspension. In December 2017, Kendricks was charged with marijuana possession, and Ian Rapoport of NFL.com notes (via Twitter) the veteran tight end was given probation in July for it. This short ban will not help Kendricks as he attempts to make the Patriots’ 53-man roster.

The Patriots only guaranteed Kendricks $50K, and although they are thin at tight end, they have not hesitated to cut veteran pass catchers in the recent past. As for tight ends set to be available in Week 1, the Pats have Matt LaCosse, recently acquired Eric Saubert, former Texan Stephen Anderson, 2018 seventh-round pick Ryan Izzo and rookie UDFA Andrew Beck. Barring a trade or a veteran pickup, Week 1 will feature the Pats’ least recognizable tight end group in decades.

New England signed Kendricks just before training camp, and he was on track to make the team. That decision becomes slightly more complicated, though the Pats’ issues at tight end may ensure the 31-year-old veteran will be in uniform for Week 2. The ninth-year tight end caught 37 passes for 370 yards in two Packers seasons.