The Jaguars are set to sign linebacker Malcolm Smith, a league source tells ESPN.com’s Michael DiRocco (on Twitter). Smith will help replenish the club’s depth after a costly victory against the Bengals on Sunday. 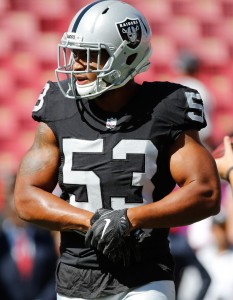 Smith spent the last two seasons in San Francisco. Years before that, he reached the pinnacle of the game with the Seahawks, capturing the Lombardi Trophy and the Super Bowl XLVIII MVP award.

Things, unfortunately, haven’t been the same since that February night.The one-time Super Bowl MVP was forced to take a pay cut in the offseason after two injury plagued seasons with the Niners and, ultimately, did not make it through final cuts.

Smith’s first year with the 49ers wiped out by a torn pectoral muscle. Then, in 2018, he registered just 35 tackles and one pass defensed in 12 games (five starts). His Pro Football Focus grade of 63.4 was an improvement over his 2015 and 2016 showings with the Raiders, but that placed him as the 53rd best linebacker in the NFL, according to Pro Football Focus.