The NFL has suspended defensive lineman Robert Nkemdiche for two weeks, according to Field Yates of ESPN.com (on Twitter). Nkemdiche is a free agent, so his suspension will begin when/if he signs with an NFL club. 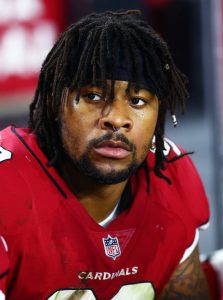 The nature of the violation is not yet known, but it might have had some bearing on his short-lived stint in Miami. The Dolphins cut the former first-round pick last week after he appeared in just 17 snaps and eleven special teams plays. That was hardly the comeback effort Nkemdiche had in mind after a disappointing run in Arizona.

With the Cardinals, Nkemdiche started in just six games across three seasons. Last year, his season was cut short by a torn ACL.

Nkemdiche has 4.5 sacks and two forced fumbles to his credit and, given his draft pedigree, figures to draw attention from teams. Still, he won’t be able to see the field immediately for any club that signs him.