DEC. 9: It is indeed a torn pec for Smith, head coach Matt Nagy confirmed. Smith will head to IR, and his season is over. Nagy hopes to have Smith back in time for April’s offseason program.

DEC. 6: The Bears fear that linebacker Roquan Smith tore his pec in Thursday night’s win over the Cowboys, NFL.com’s Ian Rapoport (on Twitter) hears. If the MRI confirms, it would likely knock Smith out for the remainder of the season. 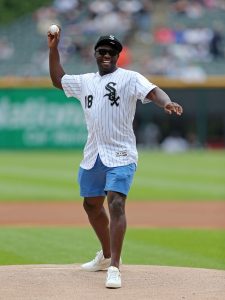 Smith has been playing some of his best football as of late, including a Week 13 performance against the Lions that included 16 tackles and two sacks. If the season is over for Smith, he’ll finish out 2019 with 100 total tackles, the aforementioned two sacks (as an off-ball linebacker), and 701 snaps (85% to date).

As the No. 8 overall pick in the 2018 draft, Smith has two full years left on his rookie deal. After that, the Bears will have the option of keeping Smith for 2022, his fifth NFL season.

After last night’s win over Dallas, the Bears are 7-6 with a puncher’s chance at the playoffs. Their next game against the Packers will be hugely important – a win keeps their slim NFC North chances (currently 5%) alive. A loss, on the other hand, would more or less seal the division for Green Bay and end Chicago’s season. From the sound of it, they’ll be without Smith for the pivotal Week 15 matchup.