The Cowboys have interest in signing Malcolm Smith, Jane Slater of NFL.com (on Twitter) hears. Smith could give the Cowboys depth at the linebacker position in the wake of Luke Gifford‘s season-ending arm injury and Leighton Vander Esch‘s neck stinger, which has kept him out of action since Week 11. 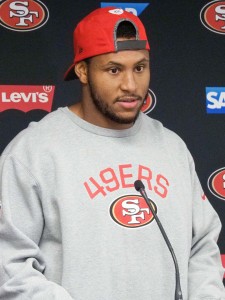 Nevertheless, he was able to parlay his strong raw statistics with the Raiders into a five-year, $26.5MM deal with the 49ers in March 2017. But he missed the entire 2017 campaign due to a torn pectoral muscle, and he was cut by the 49ers before the start of the 2019 campaign. The 30-year-old went on to have a cup of coffee with the Jaguars in 2019, but he was dropped after just two games.

Smith’s familiarity with Cowboys defensive coordinator Kris Richard could help him catch on quickly. If he’s signed, Smith could help the Cowboys in their pivotal Week 16 matchup against the Eagles.