Panthers quarterback Cam Newton will undergo foot surgery, according to Tiffany Blackmon of NFL.com (on Twitter). The operation will completely rule Newton out for the remainder of the year, though he was unlikely to return from injured reserve even before the news. 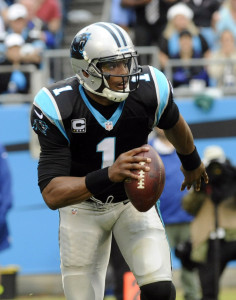 The surgery to repair his Lisfranc injury has a recovery time table of 8-10 weeks, typically. At worst, it’ll take three months for Newton to bounce back.

In theory, Newton could have held off on surgery to leave the door open for a playoff return. But, at 5-7, the Panthers have less than a 1% chance of reaching the postseason. Kyle Allen figures to handle starting duties the rest of the way, with serious question marks about what the Panthers will do under center in 2020.

With $18.6MM owed to him in 2020, plus a $2MM option bonus, Newton seems unlikely to return. That’s particularly true after Tuesday’s firing of head coach Ron Rivera – the Panthers seem prepared to start fresh.

Meanwhile, Allen is making just $495K this year and will be an exclusive rights free agent in 2020 and 2021. After that, he’ll be an RFA for 2022. The Panthers could extend Allen at any time, or leave things as-is and have a starting quarterback at a dirt cheap rate.