The NFL’s investigation into Antonio Brown won’t wrap up anytime soon. This week, commissioner Roger Goodell indicated that no decision is imminent, which means that Brown will remain in football limbo for the foreseeable future. 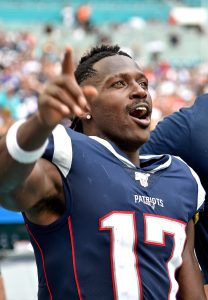 “They [have] still not completed the investigation,” Goodell said. “They did, our investigators did [meet with Brown], I did not meet with Antonio. But they have more work to do. They’re following up on that. And I’ll get an update when they have more information.”

The league began looking into Brown’s situation shortly after one of his accusers filed a lawsuit against him. Then, in November, they sat down with the wide receiver to get his side of the story, but the process is far from over.

At this time, it seems unlikely that Brown will be cleared to play in the 2019 season. If something changes, he could be a consideration for playoff teams, though the Patriots are not interested in a reunion.