Manti Te’o is back in New Orleans. On Tuesday, the Saints signed the 28-year-old linebacker, according to Sean Fazende of FOX8 (on Twitter). 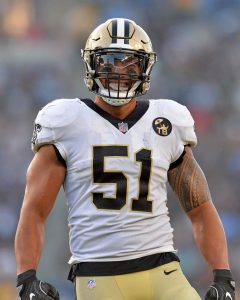 Te’o wrapped up a two-year pact with the Saints last year and did not sign on with another club for 2019, until now. He didn’t do a whole lot in 2018, but, in 2017, he started in eleven games for the Saints and played reasonably well.

For his career, the Notre Dame product has started in 47 contests, though he’s lost a good deal of time to injuries since entering the league as a second-round pick in 2013.

The Saints hope he can stay healthy, because he’s going to be relied upon for some badly needed depth in the linebacker group. There’s no word just yet on Kiko Alonso‘s status heading into Sunday’s game against the 49ers, but this probably isn’t a great sign for his availability.