The Chiefs, obviously, intend to lock up Patrick Mahomes for the long haul. It’s just a matter of how much it’ll cost – and when. On Tuesday, owner Clark Hunt indicated that the Chiefs could wait until next year to ink Mahomes to an extension. 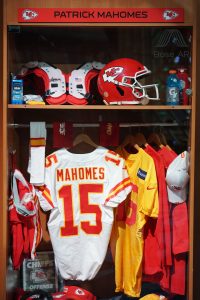 [RELATED: Will Patrick Mahomes Get $40MM/Year?]

“There will be a right time sometime in the next 12 to 15 months to extend Patrick, and when I say right time, I mean right time for both the player and the club,” Hunt said as the Chiefs prepare to face the 49ers in Sunday’s Super Bowl. “I don’t want to say necessarily it has to be this offseason, but I will say that it’s a priority to get him done. I hope Patrick is here for his entire career, and that’s going to be our goal.’‘

With his third pro season in the rear view mirror, the 2017 first-round pick is eligible for a brand new deal. The Chiefs, meanwhile, can wait things out a bit. He still has one more year to go on his base four-year rookie pact and the Chiefs can tack on another year via his fifth-year option for 2021.

When the two sides eventually reach an accord, Mahomes could become the NFL’s first ever $200MM+ player with an average annual value of $40MM or more. Those would be unprecedented numbers, but the same could be said for the QB’s stat line. In 2019, Mahomes logged 4,031 passing yards with 26 touchdowns and only five interceptions.