The Texans have released cornerback Vernon Hargreaves, as Ian Rapoport of NFL.com tweets. By cutting the one-time first-round pick, the Texans will avoid paying him $10MM in 2020, his fifth-year option season. 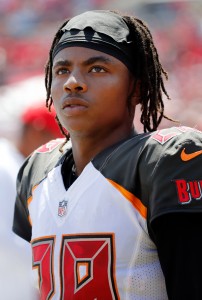 The fifth-year option is guaranteed for injury only, so the Texans will not be left with any dead money on the cap by dropping Hargreaves. The 24-year-old (25 in June) was dropped by the Bucs last year after he clashed with head coach Bruce Arians, but the Texans were largely complimentary of his effort in the second half of the season.

“Vernon came in here, he works very hard,” Texans coach Bill O’Brien said in January (via Aaron Wilson of the Houston Chronicle). “Very hard worker, guy that really showed up to practice every day, learned the system. I don’t think that’s easy to be able to come in, in the middle of a season, and really later than that, and play that nickel position is not easy…So, I give a lot of credit to Vernon. There’s a lot of things that he’s going to work hard to improve upon. We’re going to help them with that, but I think Vernon stepped into a tough situation and really made the best of it.”

With that in mind, it’s possible that the Texans could circle back to Hargreaves at a lesser rate. As a former No. 11 overall pick, there’s still plenty of room for him to grow. Besides, the Texans will need some capable bodies at cornerback.

With the Texans, Hargreaves notched 21 tackles, one tackle for a loss, and two passes defended in six games.