Twenty years ago today, Shannon Sharpe began a memorable NFL second act. After 10 seasons with the Broncos, the future Hall of Fame tight end opted for a change and signed with the Ravens. 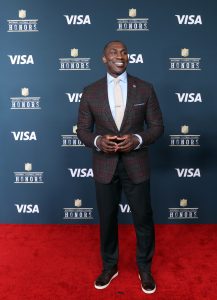 Baltimore added the then-31-year-old Sharpe on a four-year, $13.8MM deal with a $4.5MM signing bonus. This offer eclipsed what Denver was proposing by around $1MM per year. This turned out to be a seminal transaction, based on where the Ravens were headed.

Sharpe suffered a broken collarbone early in a down 1999 season for the Broncos, who went 6-10 after losing both Sharpe and reigning MVP Terrell Davis that October. Those injuries came months after John Elway‘s retirement. Sharpe later returned to the Broncos but did so after being a critical component on the best team in Ravens history.

Sharpe proved to be a key get for the Ravens, then a fifth-season franchise without a playoff berth. Baltimore in 2000 featured one of the NFL’s all-time great defenses, but Sharpe led that team with 810 receiving yards. A four-time All-Pro in the 1990s, Sharpe came up big during Baltimore’s playoff run. He caught a 58-yard touchdown pass in the Ravens’ 21-3 win over the Broncos in the wild-card round, and his one reception against the Raiders two weeks later became a 96-yard score in a 16-3 Raven road win. The Ravens routed the Giants in Super Bowl XXXV, giving Sharpe a third Super Bowl ring.

The Ravens were not as successful in 2001, having made a Trent Dilfer-for-Elvis Grbac offseason quarterback change. But Sharpe delivered nearly identical numbers — doing so after a memorable role on the maiden voyage of Hard Knocks — in amassing 811 receiving yards. However, the Ravens used a first-round pick on Todd Heap in 2001 and released Sharpe the following February. Sharpe made his eighth and final Pro Bowl in 2001 and broke then-Ravens executive Ozzie Newsome‘s records for most career receptions and yards by a tight end that season.

Denver brought Sharpe back in 2002, and he wrapped up a 14-year career a year later. Sharpe, who caught eight touchdown passes on a Broncos team that returned to the playoffs in 2003, also retired as the NFL’s all-time leader in TDs (62) by a tight end.