The Buccaneers are not bowing out in the Tom Brady sweepstakes. Competing against the Patriots and Chargers for the superstar quarterback, the Bucs have made an “aggressive” pitch, Mike Reiss of ESPN.com reports (Twitter link via the Tampa Bay Times’ Rick Stroud). 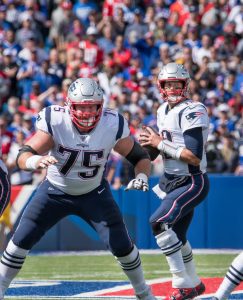 While this does not indicate a firm offer is on the table, the Bucs do possess more cap space than both the Pats or Bolts. And they have Mike Evans, Chris Godwin and O.J. Howard under contract for 2020.

Bruce Arians said earlier this offseason he would be interested in discussing a deal with Brady. The two have not worked together, but Arians has been either a head coach or offensive assistant for most of the 20-year veteran’s career.

The Bucs have also been linked to Philip Rivers and Teddy Bridgewater. On what’s becoming a complicated quarterback day, the Bears have emerged as a Bridgewater suitor and the long-rumored Rivers-Colts partnership is being discussed. Brady, though, obviously hovers above all of this. And the Bucs are still in the mix for the three-time MVP.