The Falcons will release cornerback Desmond Trufant this week, according to NFL.com’s Tom Pelissero (on Twitter). Trufant still had three years remaining on the five-year, $68.75MM extension he signed with Atlanta prior to the 2017 season. 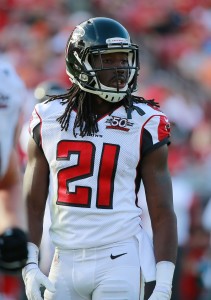 Trufant had one of his strongest years, by some metrics, in 2019, but it wasn’t enough to keep his spot with the Falcons. By releasing him, the Falcons will save $4.95MM against $10.2MM in dead money.

Trufant came away with four interceptions and seven passes defensed in an injury-shortened eight-game season. He missed the first quarter of the year with a toe injury and was forced to go on IR in December after suffering a broken forearm.

.Before all of that, Trufant logged at least 15 games in five of his first six seasons. He was also a star in the Falcons defense, including his 2015 Pro Bowl season. Releasing Trufant was far from an easy call, but the Falcons find themselves in a difficult cap situation this offseason and they’re desperate for relief anywhere they can find it.