Jamal Adams isn’t the only Jets safety that’s come up in trade talks. Over the past year, the Jets have also discussed potential trades involving Marcus Maye, Manish Mehta of the New York Daily News hears. 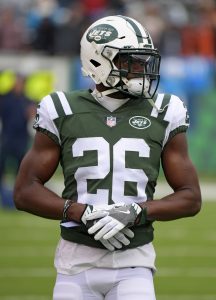 Maye, selected in the second round of the 2017 NFL Draft after Adams in the first, has started in all 38 of his games for the Jets. He missed ten games in 2018 with a broken thumb, though that was sandwiched by two years of perfect attendance.

Maye has come up in trade talks before. Last year, several teams reportedly called on him before the deadline, only to be told that he is not available. Now, GM Joe Douglas seems more willing to listen after selecting safety Ashtyn Davis in the third round.

Maye, 27, finished out the year with 65 tackles, one interception, and seven passes defensed. The Jets could fetch a decent haul for the free safety, but they’ve also got plenty of reasons to hang on to him. The biggest reason, perhaps, is the continued uncertainty surrounding Adams. The Jets picked up his fifth-year option – a no-brainer move – but Adams continues to push for a record-breaking contract that could be too rich for their blood. If the Jets wind up trading Adams, they’ll want to have someone like Maye to hold down the secondary.

The University of Florida product is set to make just $1.4MM in 2020, the final year of his contract. As Mehta notes, he’d likely be a first-round pick if the 2017 NFL Draft was re-done today. It’s hard to argue with that, especially after 13 of those players had their 2021 options turned down prior to today’s deadline.