On Wednesday night, the NFL laid out its potential plan for reopening facilities in a memo to teams, as Tom Pelissero of NFL.com tweets. With permission from state government authorities, the league hopes to resume business as usual – or something close to it – soon. 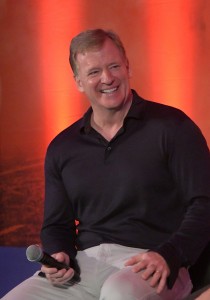 The memo also details protocols including: temperature screening, the establishment of an infection response team for each club, and social distancing. At the same time, Roger Goodell has discouraged team officials from discussing hypothetical timelines.

“It is impossible to project what the next few months will bring,” Goodell wrote. “Uninformed commentary that speculates on how individual clubs or the league will address a range of hypothetical contingencies serves to constructive purpose and instead confuses our fans and business partners, complicates the operations of other clubs, and distracts from the careful planning that is needed right now.”

Then, Goodell’s memo gets into greater detail for a “safe and phased reopening.” Phase 1 would allow for up to 50% of a team’s non-player employees to occupy the facility on any given day, up to a maximum of 75. No players would be permitted in the building, unless resuming a course of rehabilitation that was already underway when facilities were first closed. That phase could begin as soon as Friday, May 15th. After that, the league will weigh its options for Phase 2, though teams are encouraged to refine their own policies in accordance with local law and fluctuating conditions.

27 comments on “NFL Lays Out Plan For Reopening Facilities”