Michael Bennett is calling it a career. After eleven years in the NFL, the longtime Seahawks defensive end announced his retirement on Instagram. 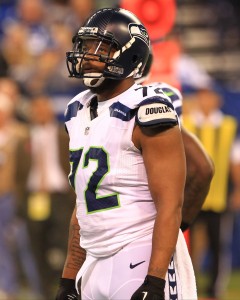 “Retiring feels a little like death of self, but I’m looking forward to the rebirth — the opportunity to reimagine my purpose,” Bennett wrote. “I would like to thank my wife and children, who have sacrificed so much for me to succeed. I’m looking forward to supporting them the same way they have me these past 11 years. I have never been more at peace in my life.”

Bennett, 34, went undrafted in 2009 after an up-and-down tenure at Texas A&M. His first deal technically came with the Seahawks, but he didn’t make the final cut, so he moved on to the Buccaneers. In 2013, he returned to Seattle as a free agent, and that’s where he really came into his own. The ’13 Seahawks won the Super Bowl and boasted the league’s best D, thanks in large part to Bennett. With the Seahawks, Bennett went on to rack up three straight Pro Bowl appearances and 39 total sacks across five seasons.

Bennett spent time with the Eagles, Cowboys, and Patriots across the last two seasons and was still solidly productive – he had 15.5 sacks between 2018 and 2019. Still, Bennett was mulling retirement even before the pandemic, and quarantining with the family reminded him of everything he had missed off of the field. With that, Bennett is walking away from the game with 359 tackles, 69.5 sacks, 13 forced fumbles, and a Super Bowl ring.