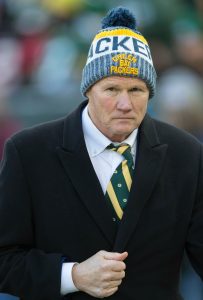 During a Q&A column on the team’s website, Murphy said talks regarding P-squad expansion are absolutely taking place with the NFLPA. Murphy expects practice squads to be expanded for this season, as the NFL attempts to navigate the COVID-19 pandemic.

Murphy also confirmed the NFL-NFLPA talks have included changing the eligibility requirements for the practice squad. The new CBA not only expanded P-squads from 10 to 12 players, but it opened the door for more experienced players to stay on those squads. After the new CBA’s ratification, two players on teams’ 12-man practice squads can be veterans with any number of accrued seasons. That marked a change from the 2011 CBA. Murphy indicated discussions have taken place regarding making more veterans eligible for P-squads.

This would make sense for 2020, with rookies facing uphill battles due to the virtual offseason and the two-game (maximum) preseason slate. Enabling more vets to stay on taxi squads would stand to help teams as they navigate the coronavirus. Nothing official has emerged on a possible COVID-19 injured list, but with expanded practice squads in play, it seems like that such a roster designation would be on the table.