Months after Eli Manning‘s retirement, the other holdover from the Giants’ most recent two Super Bowl teams will call it quits. Long snapper Zak DeOssie announced his retirement Friday (Twitter link), though he indicated he made this decision months ago. 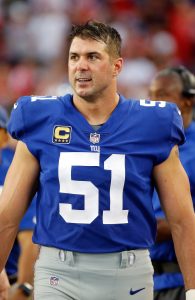 DeOssie played for the Giants throughout his career, which spanned from 2007-19, and snapped for both of Big Blue’s 21st-century championship teams. His 199 regular-season games rank behind only Manning, Michael Strahan, tight end Howard Cross and defensive lineman George Martin in Giants history.

This will signal a new era for the Giants. Their longest-tenured player now, wideout Sterling Shepard, has only been with the team since 2016.