The Eagles have converted $7.165MM of defensive tackle Fletcher Cox’s salary into a bonus, as ESPN.com’s Field Yates tweets. The move will carve out an extra $5.732MM in 2020 cap space, though it will impact their books for 2021. 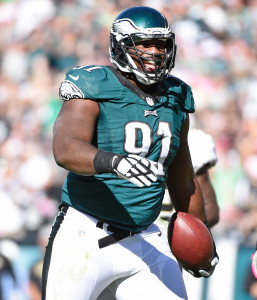 The Eagles were already facing a numbers crunch for 2021, due to their existing committments and the expected tightening of the cap. With that in mind, this likely won’t be the last adjustment made to Cox’s contract. Before the recent maneuver, Cox was set to earn cap figures of roughly $22.5MM in each of the next three seasons. He’s also believed to have a void year for the 2023 season.

Cox inked a six-year, $102.5MM extension with the Birds in 2016 to keep him tied to the club through 2022. As a first-round pick in 2012, Cox had only one year to go on his rookie deal. It was an expensive deal, but the Eagles were happy to pay the price — Cox had just registered the best season of his career and set a personal watermark with 9.5 sacks. He also racked up 71 tackles, three forced fumbles, a pair of fumble recoveries, and secured top-10 placement at his position, per Pro Football Focus.

Cox, 30 in December, has made the Pro Bowl in each of the last five seasons. In 2018, his 10.5 sacks from the interior earned him a First-Team All-Pro nod. So far this year, he has 1.5 sacks to his credit through six games.