Dirk Koetter has retired from football. After 39 years in coaching, the former Falcons offensive coordinator announced that he will move back to Idaho instead of pursuing a new job in 2021. 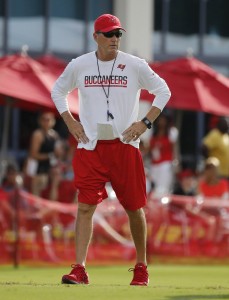 “After 39 seasons of coaching football, it’s time to move on to the next phase of my life,” Koetter wrote on Facebook (Twitter link via Rick Stroud of the Tampa Bay Times.) “From 1982 at Highland High through the 2020 season with the Atlanta Falcons it’s been nothing but football year round with not nearly enough time for anything else, especially family,”

Koetter served as the Falcons’ OC from 2012-14, then took on the same job in Tampa Bay. When the Bucs fired Lovie Smith in 2016, Koetter was promoted to head coach. After going 9-7 in his first HC year, Koetter’s Bucs posted back-to-back 5-11 campaigns. He returned to Atlanta in 2019 to serve as Dan Quinn‘s offensive coordinator and stayed on after his fall firing. However, new head coach Arthur Smith has hired his own OC in Dave Ragone.