On the NFL radar for several years, Pat Fitzgerald may stick with the college game for a while. Northwestern and its head coach agreed to a 10-year extension Wednesday, the university announced. 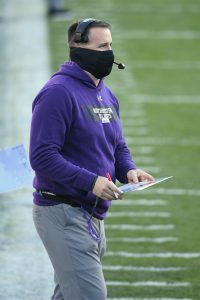 Fitzgerald popped up as a Packers candidate two years ago but soon indicated he would not consider NFL jobs. However, the longtime Wildcats HC resurfaced as a prospective candidate during this cycle. Fitzgerald has received overtures from as many as nine teams in recent years.

The Texans, Falcons and Lions were mentioned as Fitzgerald suitors this offseason, and although the Bears are sticking with Matt Nagy, they were believed to be interested in speaking with the Big Ten coach had they moved to fire their three-year HC. This extension, which runs through 2030, should quiet such noise and shift focus to some of the other college-to-pro candidates. Iowa State’s Matt Campbell and Oklahoma’s Lincoln Riley have joined Fitzgerald in being consistently connected to a jump.

Fitzgerald, 46, is a Northwestern alum and the winningest coach in program history. He has guided the Wildcats to more 10-win seasons in his 15-year tenure than the school had its previous 100-plus years of existence.