The Steelers hammered out a basic conversion restructure on Cameron Heyward’s contract, as Ian Rapoport of NFL.com tweets. The move won’t change much for the defensive lineman, who is still set to earn $10.5MM in 2021. However, the Steelers will save $7MM on the books by shifting his roster bonus and base salary into a signing bonus. 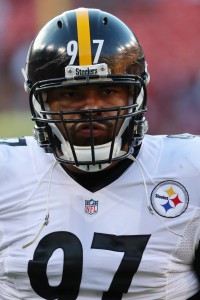 Heyward inked a four-year, $71.4MM extension with the Steelers early in the 2020 season. Between the anticipated cap decrease and whispers of “Aaron Donald-money” for Heyward, there was doubt as to whether the Steelers would be able to retain him. Ultimately, their defensive captain agreed to stay put for $18MM/year, on average. Now, he’s helping the Steelers carve out some additional space as they head into a pivotal offseason.

Heyward, 32 in May, is set to enter his eleventh season with Pittsburgh. Fresh off of his fourth consecutive Pro Bowl nod, he has 58 career sacks to his credit.

The Steelers do have about $5MM in rollover, but they need all the flexibility they can get. The impending cap reduction has even put Ben Roethlisberger‘s name into the cap casualty conversation — releasing him before the final year of his deal would save approximately $19MM.