After adding two members of the Rams’ starting secondary, the Browns are turning their attention to the front seven. They agreed to terms with defensive lineman Malik Jackson and linebacker Anthony Walker on Friday, per Ian Rapoport of NFL.com and Yahoo’s Charles Robinson (Twitter links). 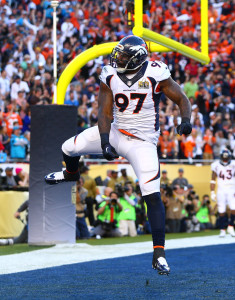 Jackson’s Broncos tenure overlapped with Joe Woods‘, with the current Browns DC having coached Denver’s secondary during Jackson’s stay. The nine-year veteran will come to Cleveland after spending two seasons in Philadelphia. A four-year vet, Walker is Ohio-bound after playing out his rookie contract in Indianapolis.

While Jackson was a starter in multiple schemes in Denver — including in Wade Phillips‘ 3-4 look that helped the Broncos win Super Bowl 50 — he has worked primarily as a 4-3 defensive tackle since joining the Jaguars in 2016. Part of the Jags’ “Sacksonville” defense that pushed the team to the Super Bowl LII precipice, Jackson made the Pro Bowl after an eight-sack season in that 2017 campaign. However, the Jags made him a cap casualty ahead of their rebuild in 2019.

The Eagles signed Jackson shortly after, but he missed the ’19 season because of an injury. Jackson registered 2.5 sacks and logged 13 QB hits for the Eagles last season, returning to play in 15 games. The soon-to-be 31-year-old D-lineman will join a Browns team that just lost Larry Ogunjobi in free agency. Jackson could be in line to team with Sheldon Richardson as a starter in Cleveland.

Walker started alongside Darius Leonard for three seasons with the Colts. Working as Indianapolis’ primary middle linebacker, Leonard’s sidekick registered 321 tackles from 2018-20 and did not miss a game. He also posted 18 tackles for loss in that span, including 10 in 2018. Pro Football Focus did not grade Walker particularly well last season, slotting him near the bottom of its linebacker hierarchy, but the former fifth-round pick brings significant experience to a Browns defense that ranked 25th in DVOA last year.

In addition to the Jackson and Walker additions, the Browns have signed John Johnson and Troy Hill this week. They also re-signed linebacker Malcolm Smith.