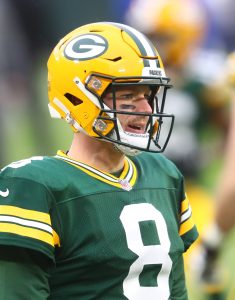 Boyle has served as Aaron Rodgers‘ backup, a role he held over Jordan Love throughout the 2020 season. Love, however, could be set to move up. It would cost Green Bay $2.2MM to tender Boyle at the original-round level. He will now become an unrestricted free agent.

While the Packers could opt to retain Boyle at a lower cost, it would make sense for Love to move up and begin to dress for games in his second season. Almost every quarterback chosen in Round 1 since Rodgers has started games as a rookie; Love was not even active for any Packers contests. He is expected to be Green Bay’s QB2 next season, Garafolo adds.

A UDFA out of Eastern Kentucky, Boyle has not started a game for the Packers. He has worked in mop-up duty frequently, playing in 11 contests over the past two seasons. The Packers allowed Brett Hundley to defect to the Cardinals in free agency in 2019, leaving Boyle behind Rodgers. Despite the team trading up for Love last year, Boyle remained the team’s top backup.

13 comments on “Packers Will Not Tender QB Tim Boyle”