The Seahawks are clearly on the verge of adding some interior line help. Yesterday we heard they were hosting former top ten pick Chance Warmack and Cody Wichmann, and those weren’t the only two guards brought in. 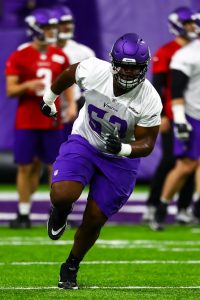 The team also brought in Danny Isidora for a workout, per the league’s transaction wire. Isidora entered the league as a fifth-round pick of the Vikings back in 2017. He spent his first two years in Minnesota, starting a few games. He was traded to the Dolphins in 2019 for a late pick, and entered the year as a starter for Miami. After starting three games he went down with an injury and missed the rest of the season.

He then spent time on the practice squads of the Chiefs and Steelers last season. The Miami product is still 26, so there’s some theoretical upside here. With the way they’ve been moving, it would be surprising if the Seahawks don’t sign a guard here imminently.