The 49ers are set to sign former Jags and Pats receiver Marqise Lee (Twitter link via NFL.com’s Ian Rapoport). Barring any snags, the deal should become official before the end of the business day. 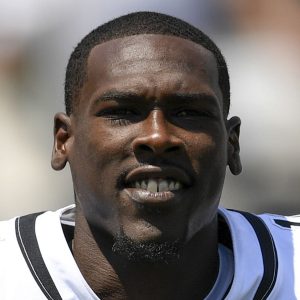 Lee joined the 49ers’ rookie minicamp on a tryout basis over the weekend and quickly earned a contract. It’s a California homecoming for the Long Beach native who made his national mark at USC. His standout career with the Trojans led to him being selected No. 39 overall by the Jaguars in 2014, but he struggled to live up to his draft stock early on.

The wideout compiled only 660 yards from scrimmage and two scores through his first two seasons in the NFL. Then, he managed to carve out a larger role in the offense in 2016 and 2017. During those two years, Lee averaged 59.5 receptions and 776 receiving yards with only three touchdowns per year. Lee went on to land a four-year, $38MM extension from Jacksonville, but he was cut last year after missing most of 2019 with a knee injury.

Lee, 30 in November, caught with the Patriots, but opted out of the 2020 season. New England gave the receiver his walking papers back in March. Now, he’s got a chance to stick behind Brandon Aiyuk, Deebo Samuel, and Mohamed Sanu.