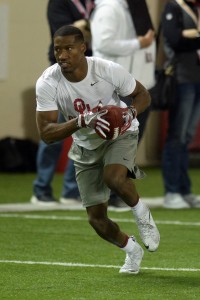 The Oklahoma product went down in late October against the Chargers on an ill-fated kick return. Soon after he was carted off of the field, doctors confirmed that his year was through. Before that, Westbrook recorded 66 grabs in both 2018 and 2019 for an average of 699 yards and four touchdowns per slate. He was hoping to get back into the offensive mix last year — instead, he played in just two games between the ACL tear and an early season injury.

Westbrook could be a logical fit for the Lions, who did not draft a wide receiver until the fourth round. In addition to USC product Amon-Ra St. Brown, the Lions have Tyrell Williams, Breshad Perriman, Quintez Cephus, Kalif Raymond, Damion Ratley, Geronimo Allison, Jonathan Adams, Tom Kennedy, and Victor Bolden in their WR group.