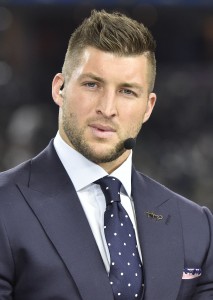 Rapsheet writes that the deal “could be official in the next week or so.” He also reports it’ll be a one-year contract, unsurprisingly. Things have been trending in this direction for a while, with Tony Khan (son of Jaguars owner Shad Khan) recently saying Urban Meyer wanted him on the team.

Meyer, of course, coached Tebow during their glory days together at Florida. Pelissero tweets that Tebow is still “a long shot to make the team,” but it sounds like he’ll have his chance at training camp. It’s not like the Jaguars have a ton at tight end right now, as Meyer recently highlighted when discussing the team’s interest.

Tebow hasn’t played in a real NFL game since the 2012 season. His last pro football stint was with the Eagles during the 2015 preseason. He’s since attempted a pro baseball career, spending time in the minor leagues with the Mets, which he just recently retired from.

If nothing else, you’ve got to admire his resiliency and work ethic. Teams had wanted Tebow to try out at tight end in the past, but he always refused. Turning 34 in August, it’s unclear how much he’ll have left in the tank physically, but it’ll be a fun storyline to monitor this summer no matter what