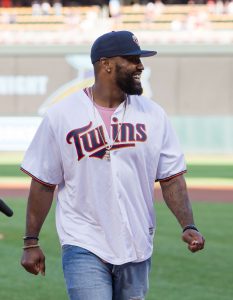 The deal hasn’t been finalized just yet, but Griffen will return to Minnesota barring any snags.

Minnesota’s D-Line registered just 23 total sacks last year, putting them 28th in the league. Things are already looking up with Griffen back in the fold plus the return of Danielle Hunter. Meanwhile, the interior will be held down by veterans Michael Pierce, Dalvin Tomlinson, and Sheldon Richardson. All of those vets will lead the way as third- and fourth-round rookies Patrick Jones II (Pittsburgh) and Janarius Robinson (Florida State) provide support at DE.

With Griffen, Justin Houston, and Melvin Ingram off of the market, Olivier Vernon stands as the most accomplished DE in free agency.