Lions cornerback Jeff Okudah has been diagnosed with a ruptured Achilles (Twitter link via NFL.com’s Tom Pelissero). That’s a season-ender for the former No. 3 overall pick and the Lions will place him on injured reserve later today. 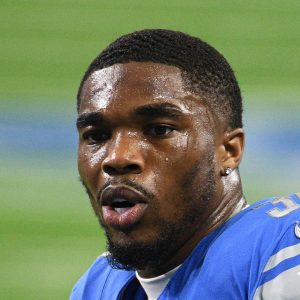 Okudah missed seven games as a rookie due to groin and shoulder issues. He was looking for a healthy bounce-back year, but that was all derailed during Sunday’s season opener against the 49ers. First, Okudah surrendered a 79-yard score to Deebo Samuel and got an earful for it on the sideline. Then, the youngster was forced out of action.

There weren’t many knocks on Okudah leading up to the 2020 draft with experts lauding his tools and potential. The upside is still there, of course, but he’ll have to stay healthy and play with more consistency when he comes back.

For now, the Lions will have to look elsewhere for coverage help. The Okudah-less Lions have one week to go before their Monday night matchup against the rival Packers.